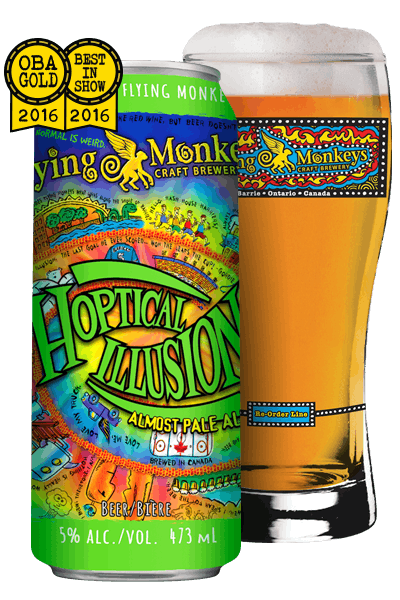 In the art of craft brewing, Hops are to Brewing What Insanity is to Art. 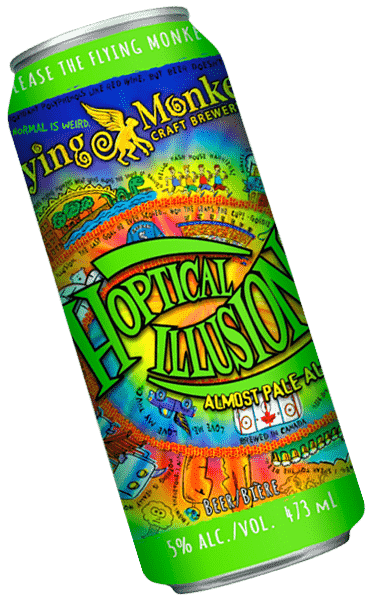 Under the creamy head of moustache-making foam and glinting in the colourful winks of copper twilight, sweet bready malts shimmer with hints of an award-winning British India Pale Ale –-then we dry-hopped the heck out of it with citrusy Amarillo and Cascade hops to call it our own. The fruity finish hints of pithy pine, but the grapefruit gains ground toward the end of each full-flavoured sip.

Defying real focus, always fluid and changing, Hoptical Illusion is best called an Almost Pale Ale. Well, it’s Almost an American Pale Ale. It’s’ sort of an oddly dry-hopped British Pale Ale …but it has fleeting hints of an American IPA. Illusions twist the expected into the unusual, so almost is as good as we can get.